During the summer of 2006, while doing some routine maintenance of the area between the dam and the furnace, board members revisited four long iron bolts sticking out of the ground.  They had been observed many times previously, but with so many other mysteries associated with the site, they had not had much attention.  This time, under direction of  our late Archaeologist, Fred Warner, the bolts were discovered to lead to a large buried metal object.  Nearly at once two facts were obvious:  (1) it was a turbine, but of a different type than the main turbine we had already located, and (2) it was deteriorating badly since it was buried below the water table.

Prompt action was needed, so very soon we had raised it from the pit. 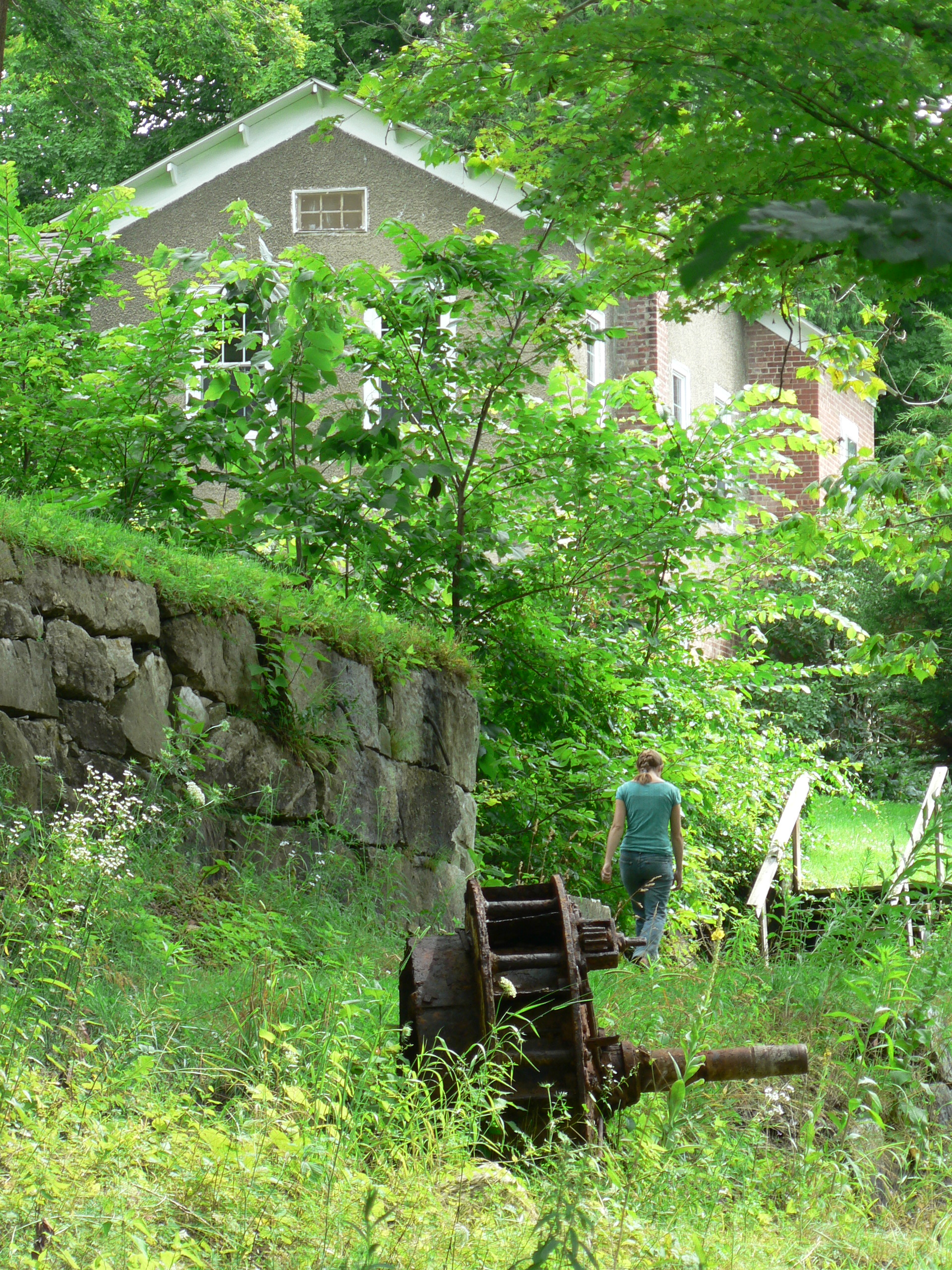 Here’s the turbine, resting a few feet from its original turbine pit.  The photo gives a sense of  its location relative to the main turbine and the office building.  Note the iron bars extending from the stone wall to the left and bent downward.  They will play a part in the story as it unfolds.

With limited resources, we were at that time concentrating on preserving and explaining the main turbine, since its role in the iron making process was clear and necessary.  While we researched the Leffel turbine during this period, most of our attention was devoted to the main turbine. 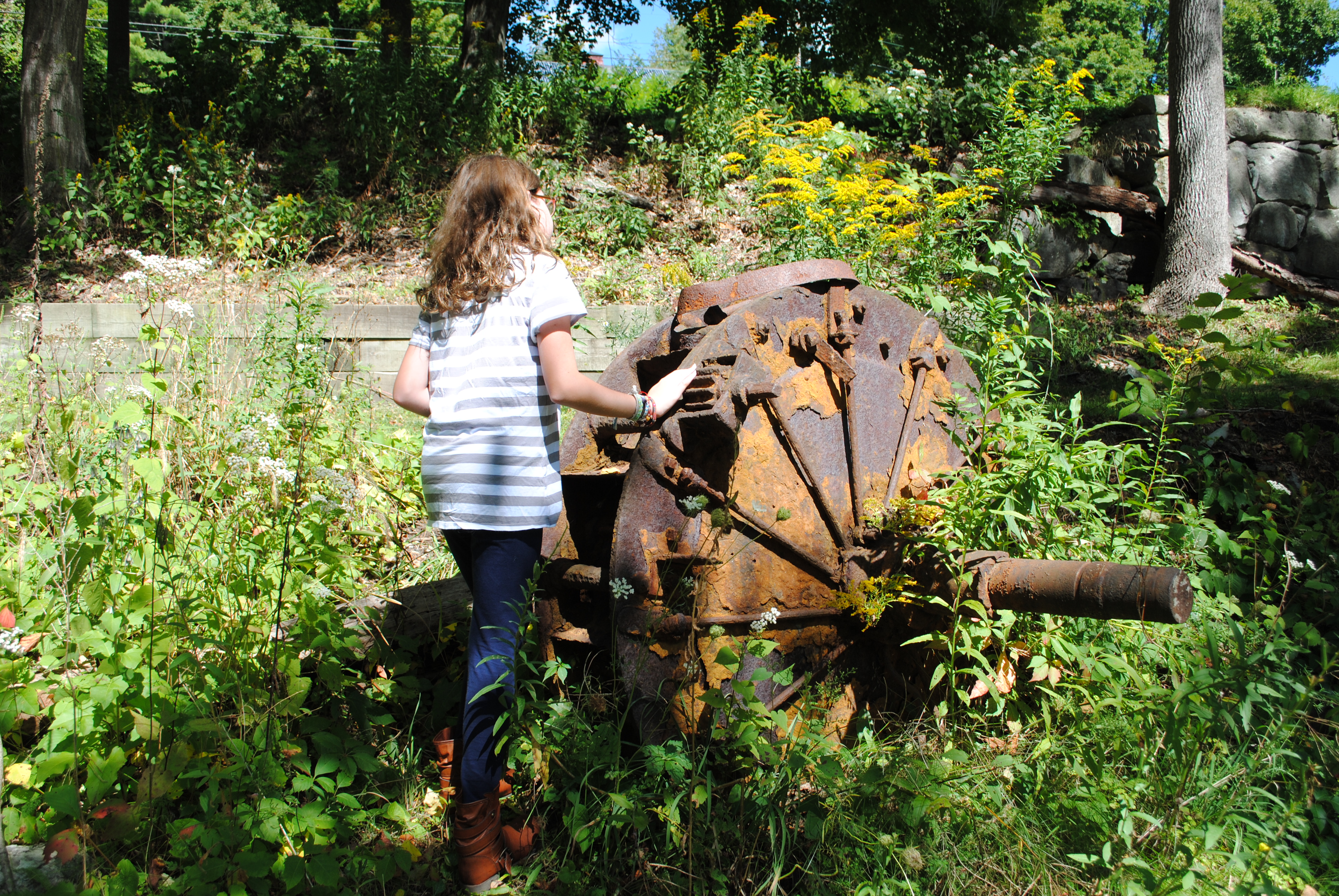 While the display for the main turbine was nearing completion, the Leffel — although spared from the continual wetness of its original place in the pit — more and more clearly was becoming something we needed to do more with than simply covering it with a tarp each winter.  It needed the same kind of treatment the main turbine had had to retard corrosion.

During this period, investigation revealed that in addition to the blast furnace at the Beckley site, there had been a sawmill as well.  This was reasonable; water from the main turbine still had sufficient force to turn a turbine of this type, which was sufficient to power a sawmill.  But the way we discovered it is interesting.  Member Dick Paddock was checking out some old catalogs of the Leffel Manufacturing Company.  In those days, industrial equipment catalogs often listed sites where the products had been installed.  Dick discovered that “our” turbine had been sold, in 1877, to power a sawmill in East Canaan.  Before that, we had absolutely no idea that there had been a sawmill as part of the Beckley Furnace works.

Subsequently, Dick researched some notebooks left by a former manager of the works that provided a sketch of what the sawmill looked like around 1910: 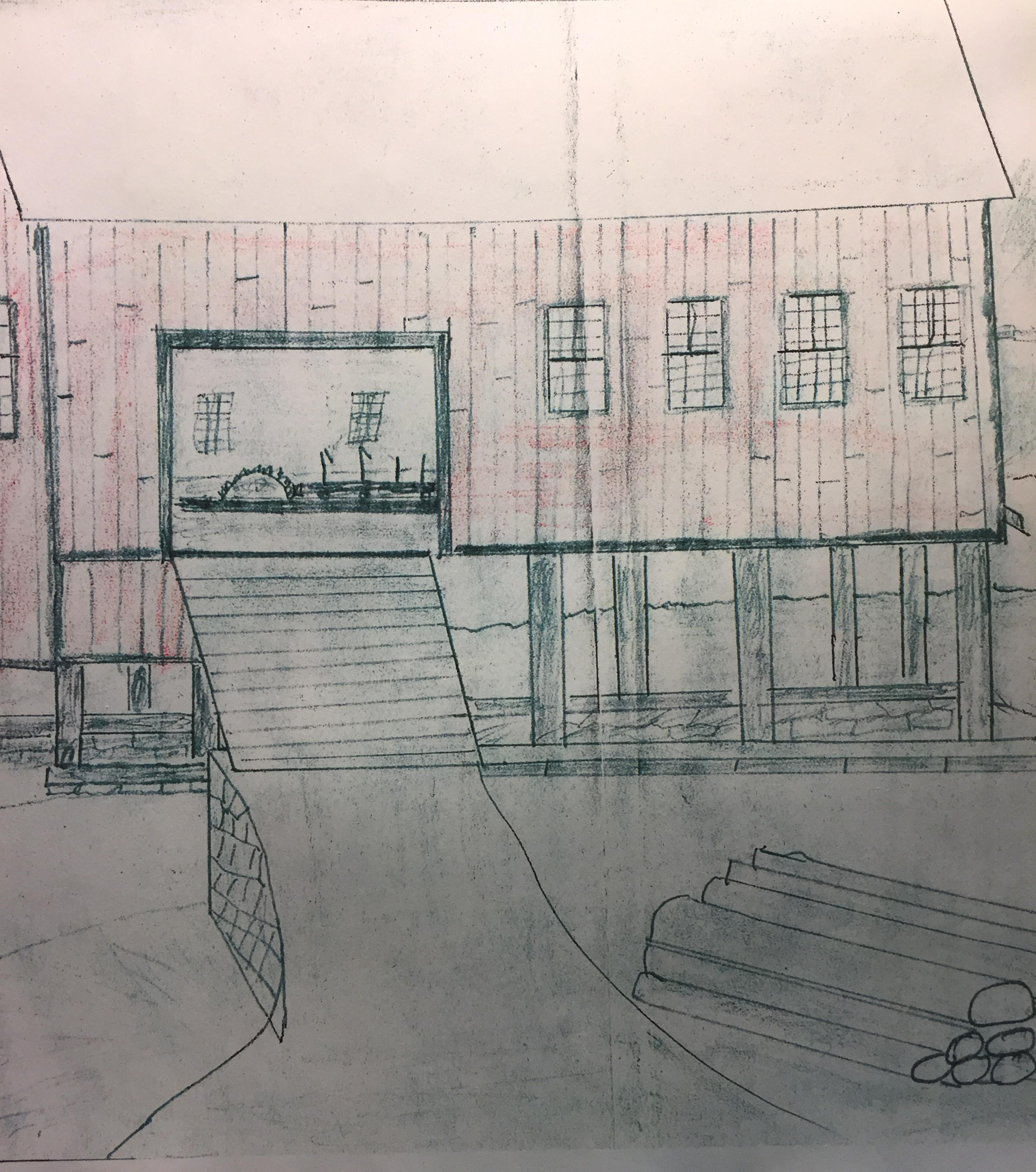 Combining the location of the turbine, with the sketch, and with those bent iron bars protruding from the wall in the first photo above, we were able to place the sawmill and realize that the iron bars had supported the ramp from the top of the wall to the sawmill.

Restoration of the Leffel turbine

With other urgent projects completed, it was time to restore the Leffel turbine.  The following photos, by Tony Cantele, closely involved in the process, document the process of returning the stabilized turbine to Beckley and its temporary location on a concrete pad next to the office building.  Making noteworthy contributions to the restoration process were Walt Michaels, the late Fred Warner, and Bob Anderson, as well as Tony. 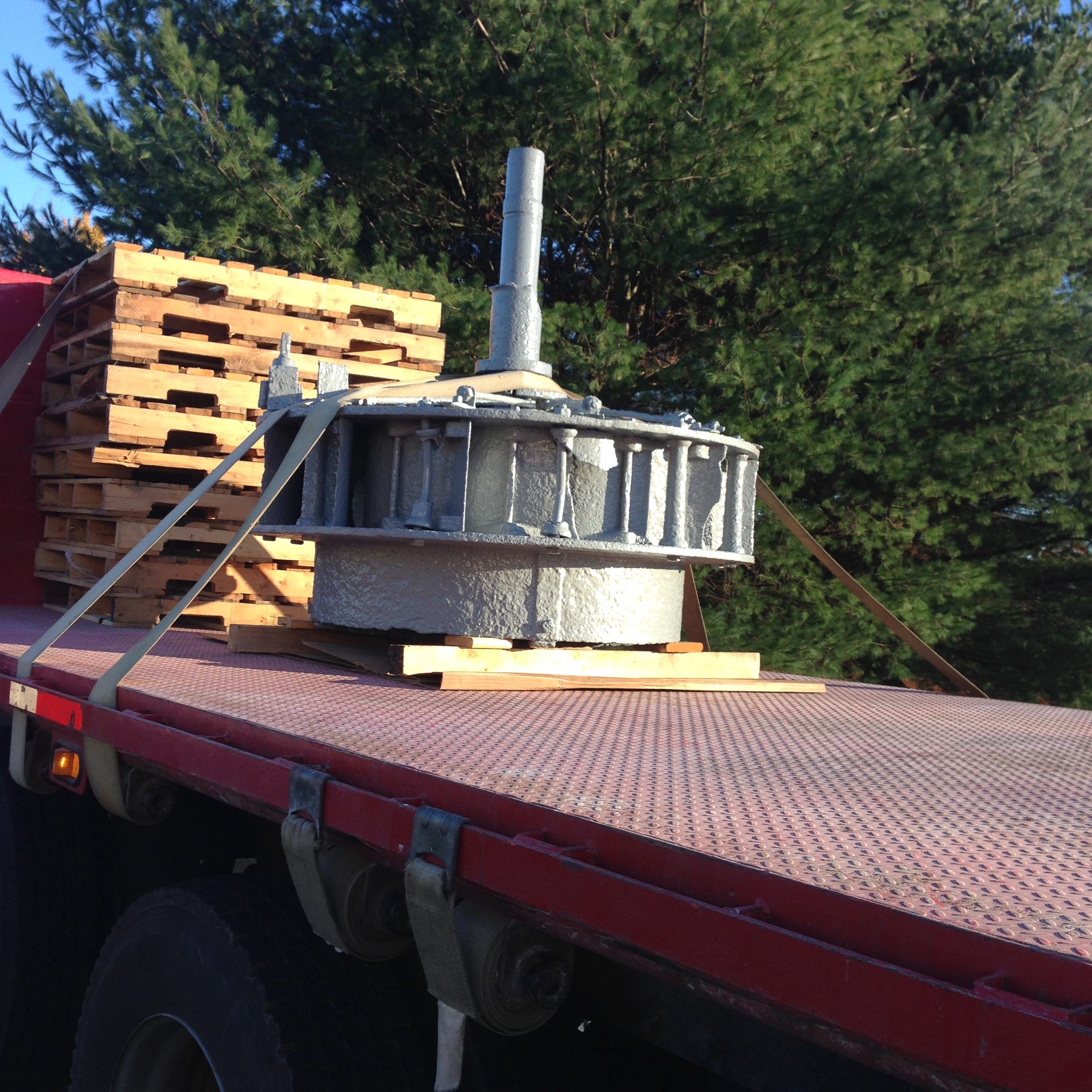 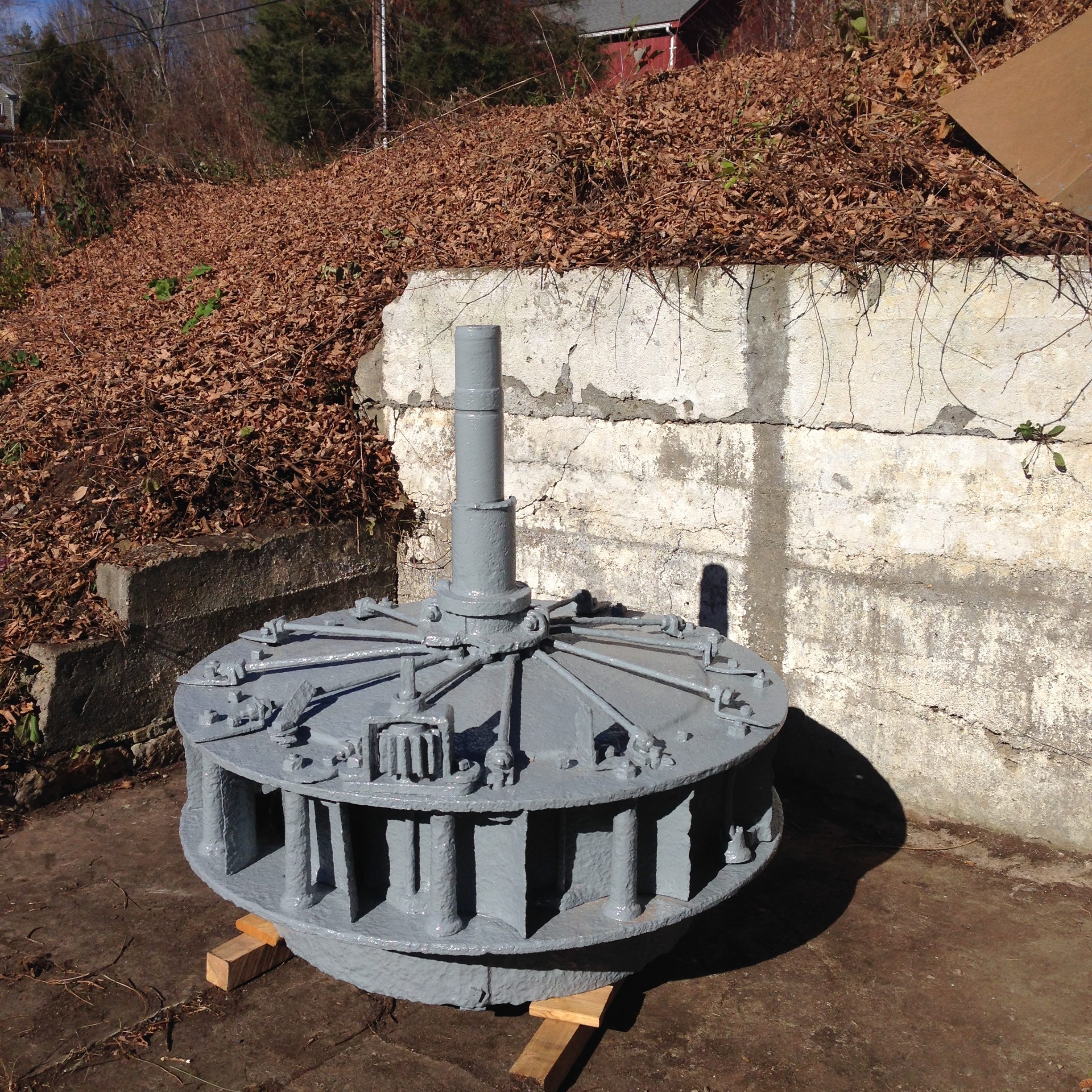 While we deliberate where the Leffel turbine will be displayed and how we will interpret it, at least we’ve stopped its deterioration and it can be examined in detail. 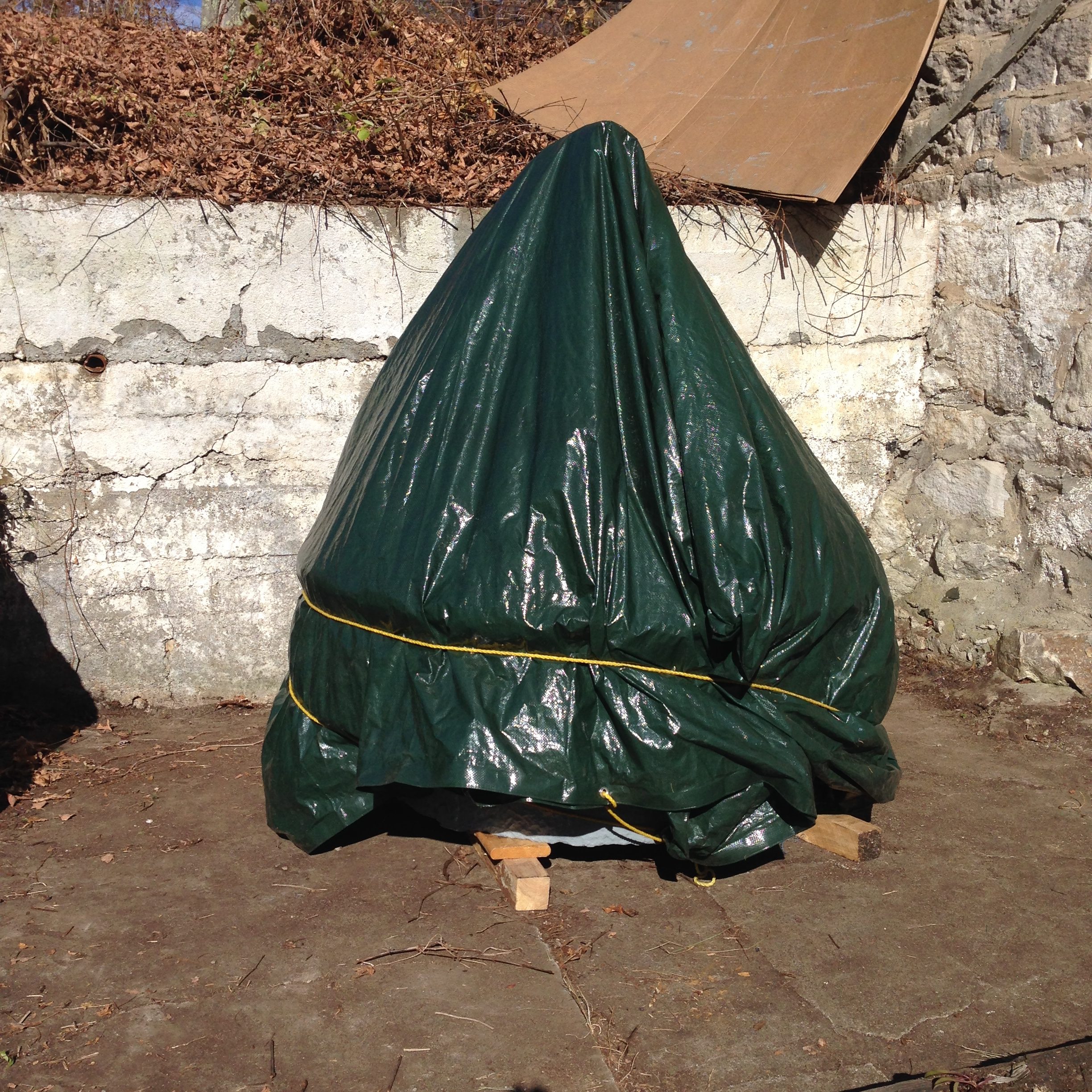 Well, it can be examined next spring.  Right now it’s wrapped up for the winter!

Lots more to come in this story….